We start the ins and outs of MicroRaft series with diving deep into how MicroRaft detects and acts upon leader failures.

Readers are expected to have an understanding of how leader election works in Raft. Raft paper already does a great job on explaining its details and safety properties. In addition, there is a number of visual demonstrations and blog posts available on the web, for example The Secret Lives of Data.

In this blog post, we follow the terminology used in MicroRaft. In summary, a Raft node runs the Raft consensus algorithm as a member of a Raft group. A Raft group is a cluster of Raft nodes that behave as a replicated state machine. RaftNode interface contains APIs for handling client requests, Raft RPCs, etc.

Raft is a leader-based consensus algorithm. It solves the consensus problem in the context of replicated state machines. It starts with electing a leader among servers. A new leader is elected if the current leader fails. The leader becomes responsible for managing a replicated log. Clients send their operations, requests in other words, to the leader. Upon receiving an operation, the leader first ensures that the operation is appended to the local logs of sufficient number (i.e., more than half) of servers, then commits the operation. Raft guarantees that each server ends up with the same final state by committing and executing the same set of operations in the same order.

Since availability of a Raft cluster relies on having a functional leader, graceful handling of leader failures becomes very important for robustness of a Raft implementation.

Raft's leader election logic runs in 2 steps. First, Raft nodes decide that there is no live leader in the Raft cluster. A leader Raft node sends periodic heartbeats to its followers to denote its liveliness. If a follower does not hear from the leader for some time, it assumes that the leader has crashed. The second step starts here to elect a new leader. The follower moves to the next term with the candidate role, votes for itself, and asks votes from the other servers in the Raft cluster. If it cannot collect the majority votes or hears from a new leader for some time, it starts a new leader election round for the next term. This situation is called split vote.

Our experience is a short election timeout value works fine for electing a new leader promptly after an actual leader failure. However, it could also cause unnecessary leader elections. A leader Raft node could fail to send heartbeats on time because of a GC pause or a long-running user operation occupying the Raft thread. Its CPU and network resources could be also congested by other Raft nodes belonging to different Raft groups in a Multi Raft deployment. In such cases, followers may decide to start a new leader election round while the leader is actually alive. Even if electing a new leader does not hurt correctness, it may not necessarily improve availability. A Raft group does not handle new requests during leader elections, and it usually takes some time for clients to discover the new leader. If the previous leader was slowed down by a long-running operation, retrying the operation on the new leader could make more harm on availability. To eliminate unnecessary leader elections, we can simply use a larger election timeout, but then leader elections can get delayed in case of split vote, even if it is a low probability. For instance, if election timeout is 10 seconds, it takes 10 seconds to trigger leader election, and if it ends up with split vote, it takes more than 20 seconds to elect a new leader.

There is also a third configuration parameter in MicroRaft: leader heartbeat period. It is the period for a leader Raft node to send heartbeats to its followers in order to denote its liveliness. By default, a leader Raft node runs a task every 2 seconds. This task sends a heartbeat to each follower which did not receive an AppendEntriesRequest in the last 2 seconds. 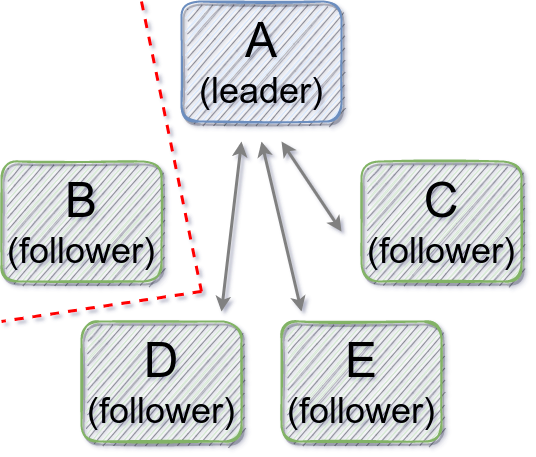 The Raft dissertation sketches out a solution to this problem, and Henrik Ingo details the solution in his Four modifications of the Raft consensus algorithm work. The idea is to add a pre-voting step before triggering leader election. MicroRaft implements this. When the leader heartbeat timeout elapses, a follower Raft node sends PreVoteRequest to other Raft nodes for the next term without actually incrementing its local term. Other Raft nodes respond as if it was an actual RequestVote RPC. They grant a non-binding pre-vote only if the requesting follower's term is greater than or equal to their local term and the requesting follower's log is sufficiently up-to-date. If the disconnected Raft node collects the majority pre-votes, it increments the term and triggers an actual leader election round. Otherwise, it retries pre-voting for the same term after the leader election timeout elapses. If we integrate this solution to the failure scenario described above, the disruptive Raft node retries pre-voting until it connects back to the other Raft nodes. Then, it rediscovers the healthy Raft leader in the same term and cancels pre-voting.

Let's make a slight modification in our failure scenario. In Figure 2, our unlucky Raft node disconnects only from the leader and can still communicate with the other Raft nodes. If the leader does not append a new entry to the log, the disconnected follower can succeed pre-voting, trigger an actual leader election round on the next term, and become the new leader. So pre-voting does not help to prevent an unnecessary leader election in this case and we get an unavailability window. 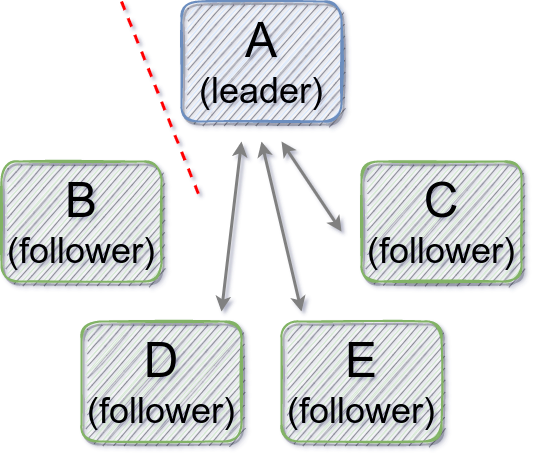 MicroRaft resolves this issue by relying on the heartbeat mechanism. Raft nodes ignore pre-vote requests if they think there is a live leader. A leader is considered alive if it has sent a heartbeat in the last leader heartbeat timeout duration. This solution is called leader stickiness and explained in both the Raft dissertation and Henrik Ingo's work.

Stepping down an overthrown leader 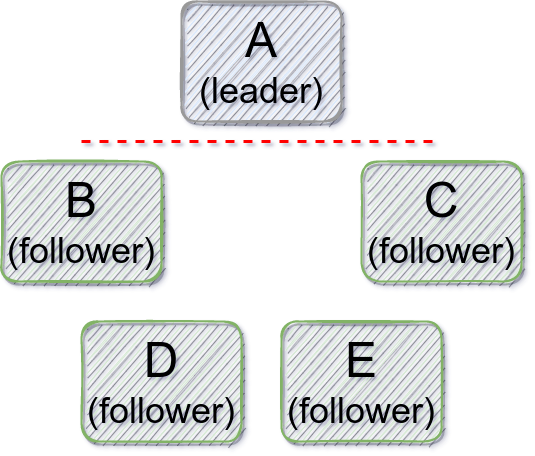 MicroRaft resolves this issue by relying on the heartbeat mechanism in a way similar to the leader stickiness solution described above. The solution is also described in Section 6.2 of the Raft dissertation. It is called Check Quorum. A leader Raft node keeps track of AppendEntries RPC responses sent by followers. It steps down if the leader heartbeat timeout elapses before it receives AppendEntries RPC responses from the majority of the Raft group. It also fails pending requests with IndeterminateStateException and new requests with NotLeaderException so that clients can retry their requests on the other Raft nodes.

You can also check out Heidi Howard and Ittai Abraham's great post on the same topic.